Plagiarism - what does it mean?

I have always thought that plagiarism was a relatively easy concept to understand. In short, if you copied someone else’s work or ideas without sufficient credit, then you were likely to be guilty of plagiarism. It wasn’t until I entered academia that I began to question the meaning of plagiarism. Particularly the idea of self-plagiarism.

How can you plagiarise yourself?

One clear example in academia is to publish the exact same paper in two (or more) different journals. However, almost all journals require authors to sign a statement which declares that their manuscript has not been submitted for publication elsewhere. So this kind of self-plagiarism is usually rare and can be quickly caught out.

After considering this example, the question becomes, what/where is the line for reusing one’s own work? For example, often in science the same methodology can be used to investigate different questions. At what point is self-plagiarism an issue in this sense?

The anecdotal evidence that I have gathered from colleagues is mixed. Some say that there is no need to change the methodology if the approach is appropriate for the question. Others believe that whilst you theoretically should not need to change the methodology, practically, rewording everything will save you some grief with journals. I have previously had a manuscript rejected by a journal because of this issue, with the journal citing “your manuscript provides less new information than is expected from our readership…unfortunately we cannot proceed with your manuscript because of the significant overlap with your previously published paper”.

The real underlying issue with this form of self-plagiarism is copyright, given that the journals own the copy-edited and typesetted version of the manuscript. Therefore, the journal that you choose to submit to does not want to be liable for copyright infringement and as a result, would rather turn away articles that use similar methodology/formatting than deal with the associated issues of publishing such manuscripts.

Although, I wonder whether this process is doing more harm than good. These problems may represent a larger issue in science regarding the negative stigma surrounding replication. There is a constant push to do new things such that the value of established ideas or even null-results can get lost in the process. If the purpose of scientific inquiry is to explain and understand phenomena, then isn’t replication an integral part of this process?

My final question is this:

Why reinvent the wheel if you were the one who invented it in the first place? 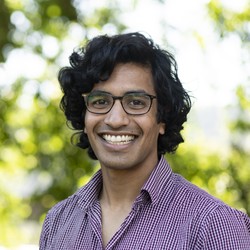